I used to think so but.... now that I have been spending some time working in a gym I just can't quite agree anymore.

If I went to a gym to train then that is what I would do. I certainly didn't go to socialise, pleasantries are fine but long conversations would just mean I ended up being at the gym longer than I wanted to be - because I would still want the work out completed.

We are not all the same. I get that.

What I don't understand is why people would go to the gym to not really do a workout? On the early shift I see a lot of people get to the gym so early that they are waiting outside for it to be unlocked. They come in, usually already in their sports gear. Rush over to the squat rack (stretching? don't be silly....) set up the bar with the weights they want. Maybe do one set then  ...lean against the bar for the best part of an hour whilst they stare at their mobile phone. Could be texting, watching the news, watching YouTube to see some unqualified person doing an exercise in a highly unrecommended way? I don't know what they are staring at their phone for. All I know is they come in regularly - so they are doing something - but they aren't actually exercising. 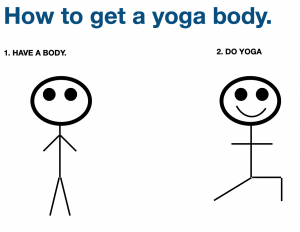 Which type of yoga is right for me?

Why are some PT's so expensive?